You all know I love afternoon tea.  I don't think there's any afternoon tea that I'm not willing to try and when it comes to tea at the Ritz, it doesn't take any convincing for me.

Prior to my trip to Hong Kong, bestie and I had been frantically and excitedly whats'apping each other about the days we'd meet and what we'd do. I sent her a list of the the top afternoon teas places in HK and asked her to choose one. To my great delight, she chose the exact one that I had my eye on. Seems like she read my mind. And why not, most people have thought we were twins or sisters our whole lives due to our outer appearance and mannerism. Well, we've definitely shared that sisterly bond since we were in high school so I was happy to be reunited with her once again in her re-adopted homeland. Instead of having to talk on the phone in the middle of the night while the other one was at work on the other side of the world, we got to talk in person until the sun set in Hong Kong's tallest building.

This is my favorite afternoon tea experience so far. Every single element surpassed my expectations, the view was AMAZING, the ambiance was elegant and the food was thoughtful and exquisite.

Here are some of the photos I want to share with you:

Amazing view from Hong Kong's tallest building at 103 floors above. Hence, the name Cafe 103. Not only is the view visually stunning, to me it is so much more than what meets the eye. Every single building represent the hard work that the people of Hong Kong put forth to re-create this city after the second world war. It reinvented itself from a watch making industrial society to one of the world's most sophisticated financial hubs. 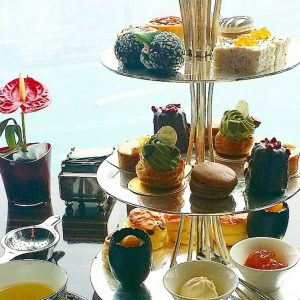 Here is our decadent afternoon goodies starting from the top - four savories, four desserts and two mini scones served with cream and orange marmalade plus one extra dessert piece called a coconut mango verrine presented in the shape of an egg. The food placement is a bit unorganized.  Traditionally, the top tier usually holds the scones (traditionally, the heated cover for the scones was placed on the top, hence, the placement of scones on top), then savouries and then desserts. Here we start with the savories, then work our way to sweets, then scones plus that interesting dessert piece on the bottom. 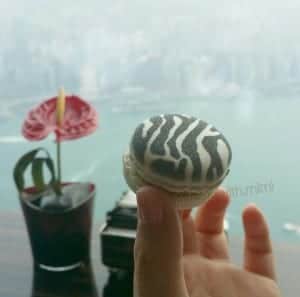 Fois Gras Macaron. This is so delicious! A perfect pairing of two of my favourite foods - macarons and fois gras. The soft filling was both sweet and savoury. I really wish I could have this more often but I have yet to come across such a decadent combo in Vancouver. Perhaps I shall try my hand at this? 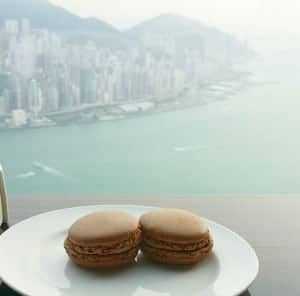 Unlike the Fois Gras macaron above, these chocolate macarons were specifically labelled as Pierre Herme macarons. He just opened up his third Hong Kong location in the lobby of the Ritz and I had excitedly planned to purchase some once we were finished with our tea set. This was my first time trying them and oh my... they were soggy and one had a hair in it too. The attentive server brought over another pair and they were just as soggy too. The texture was poor and I felt a little bit unnerved biting into all that mushiness.  I was so disspointed that I did not purchase any from the boutique downstairs afterwards. It's nothing against PH or the Ritz, I believe that the macarons probably had a harsh journey being flown from Paris to Hong Kong which is notorious for being super humid.

Overall, the afternoon tea was the best one I have experienced yet. The breathtaking view, decadent menu items and most importantly, the company, made the day extremely special.

So to end this post, I want to leave you with this video of the egg shaped dessert called the Coconut Mango Verrine. The interesting about sharing something sweet with someone special is that you never complain that it's too sweet.

Hope to talk with all of you soon. You know where I'll be. 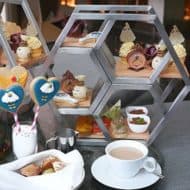 Beauty and the Beast Themed Afternoon Tea at Trump Vancouver 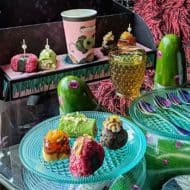 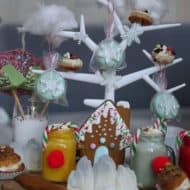 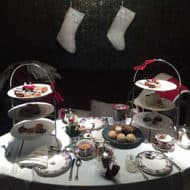 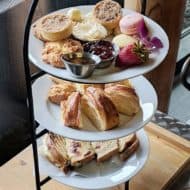 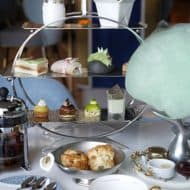