Dine Out Vancouver 2017 officially begins today and runs until February 5th. Every participating restaurant offers a carefully curated "Dine Out Menu" which falls within the $20,$30 or $40 category allowing diners to experience some of the restaurant's signature or "Dine Out Special" dishes for a set price. While it is a great event attracting lots of new customers to restaurants which they may not have previously planned to go, it can also be an attractive event for diners with a more sophisticated knowledge of the Vancouver food scene. In addition to the the set menus, there are also events like Nightingale's Chef Tables Experience, Ocean Wise Pop-Up at the Vancouver Aquarium, and Cocktails Masterclass, just to name a few.

I was invited by Tourism Vancouver to preview a few of the restaurants in this year's line up and we visited three establishments in the Yaletown district. I've included the photos and menus below.

To find your favorite restaurants this Dine Out Season click here

Some of us were invited to different parts of town to experience the Dine Out Preview, at the bottom of this post I've also included links to other PREVIEWS of DINE OUT VANCOUVER 2017 by my blogger pals.

I hope you enjoy Dine Out this year, I've already booked at Ancora. See you all out in town 🙂

Minami, along with it's sister restaurant Miku, is one of my favorite restaurants for aburi sushi. I was happy to taste some of my favorite aburi sushi and indulge in one of the best sable fishes I've ever had - the Miso Baked Sable Fish. It is featured in both the $30 lunch and $40 dinner menu. Take a look at the menu below. It is very well thought out and introduces new diners to the Aburi Restaurant chain to their signature sushi and allows regulars to revisit their favourite items.

I've been to House Special on many occasions in the past and have always had great experiences which ultimately led us to bring back our friends. Since we have sampled many items eating in a large group setting, I was pleasantly surprised to find out that House Special created special dishes for Dine Out. Here are some of them: 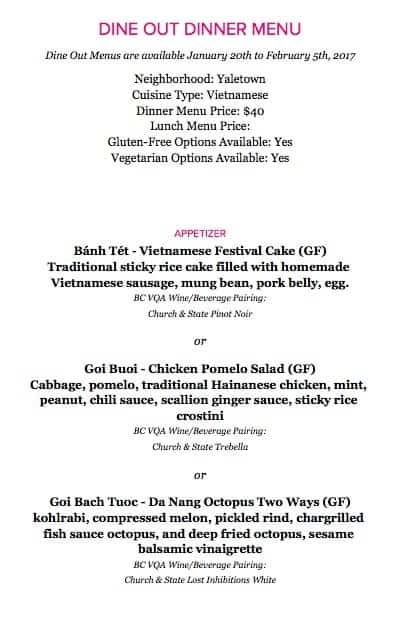 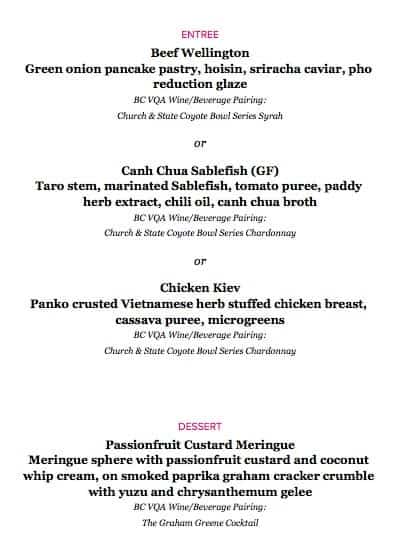 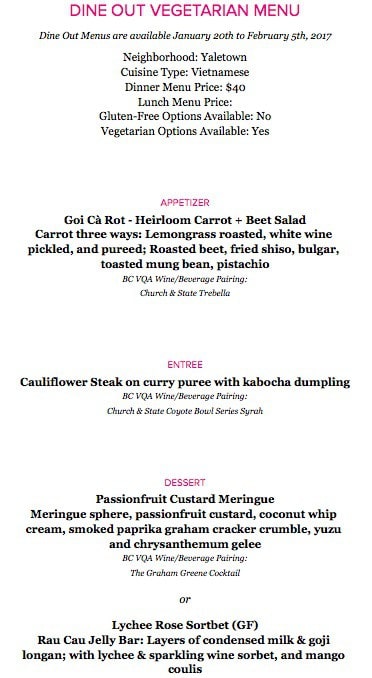 This is my first visit to La Pentola located in the OPUS Hotel. It was a nice surprise to find out this was going to be the last visit on our Dine Out Preview Tour since a week earlier, I had wanted to book dinner here with my girlfriends but it was booked out. Everything was delicious and I appreciated that there were several options available for each course in the 4-course dinner menu. With an appetizer, a pasta course, a protein and a dessert, you and your guests will definitely be satisfied. 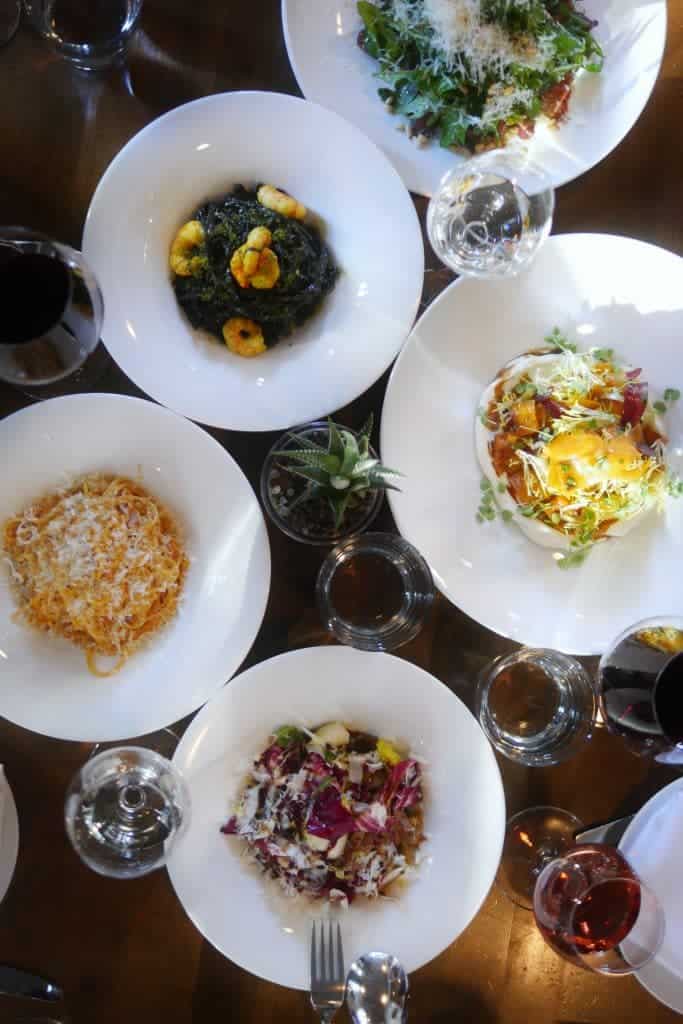 Disclosure: This was a by-invite event. All food and beverages were complimentary. All opinions are my own.

Dine Out Vancouver 2017 Restaurants Revealed | January 20 to February 5
by Nancy at nomss.com

DINE OUT: VANCOUVER AQUARIUM OCEANWISE POPUP
by Areta at foodgressing.com

The Blackbird Public House & Oyster Bar
by Jackie at porkninjas.ca

Dine Out 2017
by Vivian at Wisteriavoyage.com

Dine Out Vancouver 2017 Preview – Dockside Restaurant
by David at pickydiner.com

Dine Out Vancouver 2017 Preview – Edible Canada
by David at pickydiner.com

Dine Out Vancouver 2017 Preview – The Vancouver Fish Company
by David at pickydiner.com

My Top 5 Picks for Dine Out Vancouver 2017
by Kirsty at eatingwithkirby.com

Street Food City in the Dine Out Vancouver Festival January 23 -29
by Richard at vancouverfoodster.com

[Dine Out Vancouver 2017] Menus are out: What caught our eyes #DOVF
by Joyce at vanfoodies.com

Edible Canada - Dine Out Vancouver 2017
by Hanson at noshandnibbleblog.com

Dine Out Vancouver Guide and Restaurant Suggestions - 2017
by Hanson at noshandnibbleblog.com